Skip to content
HomeNewsGermany has to Invest in Infrastructure Advices Lagarde

Germany, the biggest economy in the eurozone faces a huge downturn. Policymakers are in a quandary regarding methods to revive the economy. Many measures have already been taken to stimulate the sliding economy. Interest rates are already below zero. As the German economy skids into negative growth, it faces a recession threat that is predicting a gloomy picture in an already poor scenario.

The new president of the ECB, who will be taking charge this week, has a huge problem brewing in the eurozone. Mario Draghi who will be stepping down had brought down interest rates to lowest levels. In spite of high stimulus efforts, not much has happened to bring a positive change in the eurozone under Draghi. 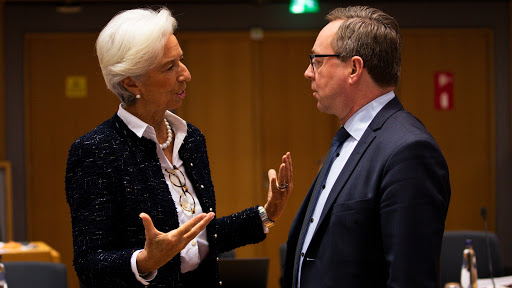 Ms Lagarde, who will be heading the ECB, while speaking in the European Parliament says that more fiscal spending has to come, to improve public spending. Countries with budget surpluses should involve in more spending, says Ms Lagarde. This will help in fighting recession, she says.

Countries like Germany have to take this advice as it has tax revenue that is higher than its spending.

Gita Gopinath, the chief economist at IMF has asked countries like Germany to bring in infrastructure and social spending, and make use of the negative borrowing interest in the country.

In the World Economic Outlook, Gopinath points out to the negative borrowing costs, where countries can borrow at interests less than zero, by which they are paid to borrow.

As borrowing costs are favorable, countries can make use of the situation and rectify various problems in the economy.

Olaf Scholz, the Finance Minister, however, states that Germany is on an expansion path, where state investment is at record high.

German Chancellor Angela Merkel continues to cling to the “black zero policy”, though growth is slowing in the economy.

But if this policy continues, the country will enter a technical recession for the third consecutive quarter.