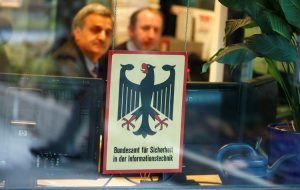 German cyber-security authority defended how it handled a mass data breach of several political leaders, following criticism that police was informed weeks after the incident occurred. The agency said that until Thursday night, it didn’t know about the full extent of the attack. The security breach took place in December but only became known to the public on Friday. Among the victims are politicians, celebrities and journalists, including Chancellor Angela Merkel. It is not known who is responsible yet. Financial details, private chats and contacts of all political parties except far-right AFD were published online on Twitter. Internal Ministry said that no evidence of compromise of government or parliamentary systems was found. Whether the attack was carried out by someone with access to data deliberately leaking data or a result of hacking is not known yet.

BSI was criticized for informing Federal Crime Office on Friday even though it was aware of the attack since December. BSI President said that after knowing about attack on few parliamentary members, mobile incident response team was launched in early-December. Left-wing party’s parliamentary head, Dietmar Bartsch said that the delay in notifying authorities is ‘unacceptable’ and that the office might be ‘hiding something’. Lawmaker André Han said that inspire of being a member of parliamentary monitoring group, he had to find out about the incident from media.

Other than the chancellor, all the main parliamentary groups which include center-left and center-right parties, The Greens, FDP, DieLinke were affected. Greens leader Robert Habeck, ZDF and ARD journalists, TV satirists Christian Ehring and Jan Böhmermann, rap group K.I.Z. and rapper Marteria were among the victims too. Justice Minister Katarina Barley referred to the attack as ‘serious’. Russia and right-wing German groups are among the ones being suspected. Russia was held responsible last year for an attack on governmental IT network.