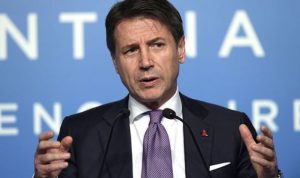 The controversial budget of Italy for 2019 that had been rejected by EU Commission for its largesse and deficit to help revive local economy has undergone a few changes and its revised format has been approved by nation’s parliament. Though some opposition members say that the new budget had been dictated by EU the populist government had no choice though it had vowed to push changes that would help keep its campaign promise of having a basic income for all. But keeping in mind the high debt of Italy EU had objected to it as it would have a negative effect on its debt.

On Italy’s earlier refusal to go on with its budget EU had threatened action comprising of fines and disciplinary action forcing its populist government to strike a deal with the European Commission to lower its budget deficit from proposed 2.4 % to 2.04 %. Though this rate was more than what was expected by EU they conceded as the value of this concession would be around € 10 billion. The revised budget was approved by lower parliament with 327 votes for the revised proposals and 228 votes against the budget.

Several members of the opposition have claimed that the last minute proposal did not give them enough time to debate or study the new proposals. A complaint was filed by Italy’s center-left Democratic Party at Constitutional Court while its supporters staged a protest outside parliament. If the proposal wouldn’t have been passed at this session then government would have to continue functioning under the budget of 2018. The new government has pledged several financial benefits to its citizens under the new budget like minimum wages of € 780 to poor families of the nation and reducing retirement age from 67 to 62 to increase employment opportunities for the country’s youth. Though critics say that budget has not created investment incentives Italy’s PM Guiseppe Conte says that it will kick-start growth.