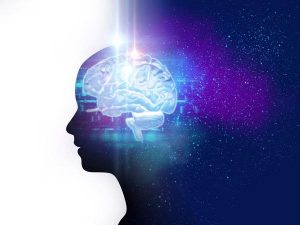 The term ‘pacemaker’ is generally associated with the heart and is responsible for generating external impulses to maintain its rhythm. However, researchers and engineers in Berkeley, University of California have invented a device, pacemaker, for the brain and provide stimulations to it which could be extremely beneficial for patients suffering from diseases like Epilepsy, Parkinson and others related to abnormal electrical activity of the brain.

The device called WAND stands for wireless, artifact-free neuromodulation device. It detects minor signals in the brain and records it and also provides counter stimulations. Epilepsy is mainly characterized by seizures and tremors which corresponds to abnormal and spiked electrical activity in the brain. However, just before these spikes which cause the abnormal movements, there are minor signals or tremors that are released by the brain. These signals are so weak that they generally cannot be detected. However, on successfully doing so, one could get a premonition of impending abnormal activity. Moreover, a counter frequency to stop these abnormalities is so low that the brain cannot be stimulated. Both these issues were addressed by the WAND. It detected the minor electrical signals and also stimulated the brain to prevent the tremors from escalating. On top of that, it also records all these frequencies which can be modified for specific treatments.

Various experiments were done using WAND on rhesus macaques and the results were published in the journal Nature Biomedical Engineering. According to Ricky Muller, a computer science engineer from Berkeley believes that all these diseases costs a lot of money and takes a lot of time for therapy. Using the WAND, a quicker diagnosis can be obtained. It is a significant update from previous brain-stimulating devices as well. WAND detects signals from 128 centers in the brain on contrary to only 8 centers previously. Moreover, during stimulation, it recorded the brain activity as well. In the older devices, this dynamic recording during stimulation was not possible. Now, a more detailed report of the exact functioning of the brain prior, during and after stimulation could be obtained.

WAND is a closed loop system device which is a novelty in itself as well. This device is a shining beacon for the future and with more advancements, epilepsy, seizures, Parkinson and tremors can be dealt with more significantly.