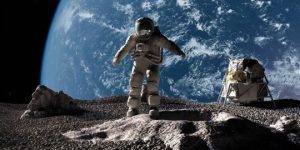 When it comes to the red-planet in our solar system, it is undoubtedly one of the hottest topics in the current times, as far as the space science world is concerned, as many new orbiters, rovers, as well as landers are keen on finding newer things about Mars and that too with some serious regularity. Not just that, many manned missions are also in their early stages, and a lot of other things are happening simultaneously. But as it seems, not everyone is on board, when it comes to sending our people to one of the most tempting neighbors of the planet Earth.

In one of the newest interviews that was given to the BBC, a former NASA astronaut, who was also an Apollo 8 lunar module pilot, named Bill Anders, has said implied through his statements that he is not thrilled with the whole idea of sending the people to the red planet. The man, who is 85 years old, has said that there is no important reason to send the people to the red planet, especially at such a time when the unmanned missions are also doing a great job and because the investment in these cases is also relatively lesser. The man has also gone to extreme lengths by calling these manned missions absolutely ridiculous.

While the man has called himself a big supporter of the unmanned missions, as far as the red planet is concerned, he has criticized the manned missions along with putting out some harsh words for the current state of the American space agency NASA itself. The man said that the agency has now turned into a jobs program, and there is not enough public support as well, and the main objective of the same is to get the workers their required pay and to re-elect their congressmen.