Skip to content
HomeSmartphonesSmartphones Are Way Too Expensive, Believes Government 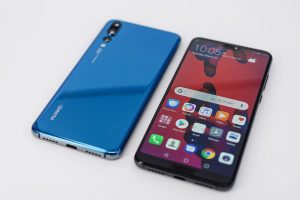 It is a well-known fact for everyone that the smartphones are getting sold at much higher prices these days in the market, and the prices are increasing with a significant rate, which is indeed a cause for concern. Even the government believes the same, as it is evident from some of the recent statements given by the same, but the reasons for thinking that the smartphones are quite expensive are not exactly what the people might have in mind. As per the reports, the FTC, which is the Federal Trade Commission, recently brought one antitrust suit and that too against the chip-making giant Qualcomm, and now the matter has reached the court.

As per the aforementioned suit, the company is actually alleged for the fact that it has taken the advantage of the current marketplace, which is quite competitive in nature, in order to overcharge the companies such as Apple, along with some of the other manufacturers for the usage of the company’s chips as well as the technology that is required. So, along with the fact that the company Apple is overcharging because it is experimenting with some premium features and better cameras as well, one of the main reasons for the surcharge is the increase in the prices of some other elements.

But there are some reasons available which make the above allegation to be questioned for quite a few things. As per the reports, the prices of the Apple smartphones rose beyond $1,000 only after the iPhone X models were launched by the company, and these were in fact launched after the company Qualcomm stopped supplying the chips. The company Apple was said to be implementing a strategy of some high-end premium products in order to make things such as the revenue improve by a significant margin, at which time as well, Qualcomm was not the prime supplier.