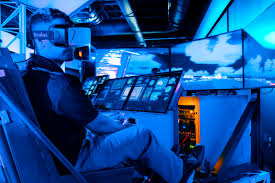 In 2017, the co-founder and reviver of Oculus VR, Palmer Luckey left the company, owing to 2016 political matter related to Republicans and public support contributions for Donald Trump. Later, Luckey established a defense technology company, Anduril Industries. Even after departure from the Facebook acquired Oculus, He is still trying to help the former company’s … END_OF_DOCUMENT_TOKEN_TO_BE_REPLACED