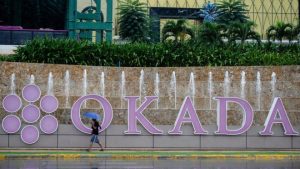 Okada Manila, a resort in Philippines had thought of getting into Guinness Book of World Records. However, a protest came from the environmentalists. There was a plan to release 130,000 balloons on eve of New Year. The organizers of the event had repeatedly assured that the event would be conducted indoors and has no possible threat to the environment. In fact, they even tried convincing the protestors that the balloons would be recycled.

The news came got into headlines through British DJ Pete Tong. On December, 31st 2019 the resort authority as well as Tong sadly expressed that the event has got cancelled. Government had to interfere due to the protestors’ demand of threat to environment. And in order to evade any sort of controversy or conflict, government directly refused to the balloon drop event.

Okada Manila stated that they had quite willingly cancelled the event. They did not want their cause of happiness and record to disrupt the environmental harmony. Also, they decided to abide by the campaign of the government to protect the environment. Whatever they did, was a sign to pay due respect to the government’s decision.

The statement was made after Okada Manila got a letter from the Department of Environment and Natural Resources. The letter followed a change of plan. The resort is a part of an extensive hotel and a huge casino complex, situated in the capital of Philippines. They had stated that the balloons were entirely safe, made of a kind of latex that is biodegradable. Besides, the balloons would be sent for recycling soon after the event got over.

Environmental thinkers and campaigners could not trust their word. Soon, the social media pages of the resort were flooded with concerned messages that the event might have on the environment. Thus, it was better to get the idea cancelled.