Skip to content
HomeNewsBottom Of The Pacific Ocean Is Getting Colder, Possibly Due To Little Ice Age 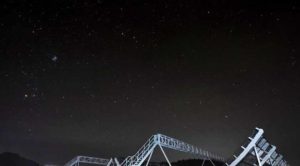 Two researchers together have found an indication of deep ocean cooling because of the Little Ice Age. Researcher Peter Huybers and Jake Gebbie have described their findings in the paper that has been published in the journal Science about the temperature of the Pacific Ocean over past 150 years.

Earlier research has proposed that the water in the Pacific Ocean will take a long time to circulate down to its lowermost depths as the ocean replenished only from the south. In 2002 both Gebbie and Huber found that the ocean can take several hundred years of time to move the water present on the surface to the bottom. This study forced them to think of the water temperature that is present at the bottom of the Pacific Ocean possibly offer a clue of what surface temperatures were like several years ago. The researchers then acquired data from an international association called the Argo Program. Argo is a group of people that collect data at the depth of about 2 kilometers. To compare the data obtained, the researchers also acquired information from the HMS Challenger. The crew of the HMS Challenger had accumulated details of the temperature of the Pacific Ocean that has been taken during the years 1872 to 1876, down to a depth of about two kilometers. The researchers used the information to make a computer model. This model portrays the water circulation of the Pacific Ocean over the past 150 years.

The model presented shows that over the course of the 20th Century, the Pacific Ocean cooled at depths of up to 2.6 kilometers. As per the researchers, the temperature difference would be around 0.02 and 0.08° C. The researchers added that the cooling is likely due to the Little Ice Age that happened between 1300 and 1870. Before that, the time was known as the Medieval Warm Period.