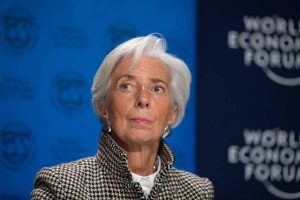 The IMF has warned in its latest report about outlook of world economy that current situation of escalating tensions related to trade in Europe and between US and China could undermine economic growth across the world. In its forecast of world economy International Monetary Fund has predicted that growth for 2019 would be around 3.5% though its forecast in October 2017 was at 3.7%. It has predicted growth of 1.5% during 2019 due to the Brexit issue but said that there is uncertainty regarding that figure too. This figure for global economy shows that growth would be weaker than last year.

The IMF has predicted slow growth for Chinese economy and has forecasted growth rate of 6.2%. Assessment of developed economies in the Eurozone also has been revised due to disruption in Germany’s automobile industry after the fuel emission fiasco. Italy is also under a cloud as financial markets became unsettled due to government plans for expansion of expenditure which affected the country’s banking system also. The IMF has warned Britain earlier too that a no-deal Brexit situation could led to substantial costs to their economy.

Besides these issues, there are several factors weighing down both emerging and developed economies as Iran is now affected by sanctions and cannot export its oil while Saudi Arabia has been affected by weak oil production. South American nations Venezuela and Argentina are likely to witness contracting economies while even Turkey is going to face slow economic growth. Though the global economy growth forecast is at 3.5% there is fear that even that may not be achievable. In recent assessments of IMF about economic outlook trade tensions are the biggest worry so it has asked countries to resolve their issues related to trade disagreements that has destabilized an already shaky global economy.