It has been a dramatic week for the US as the closure of the retail store isn’t stopping. Last week, the count of closed retail stores was 4309. The branded Dollar Store has declared that this week 390 stores, Family Dollar Stores would be closed down. Following the same track, Abercrombie & Fitch, the apparel retail brand is making plans to divest 40 stores. Retail brands are in news with their shut down plans of retail stores. It became big when Amazon announced their shut down plans of 87 pop up shops. Another company, Charlotte Russe has become bankrupt and started to liquidate sales and would shut down more than 500 stores.

The total of closing down retail stores has risen up to 4810 this week as per the research. An expert, Marie Driscoll, Managing Director of Luxury and Fashion said that rationalization of retail stores would continue. The expert also commented that the industry is over stored and needs rationalization.

Along with the closure of stores, there is news of the opening of stores. Now, it’s time to change business definitions, hence a real estate developer is going to open a gigantic shopping mall in New York. The mall would be managed by a department store chain named Neiman Marcus having stores ranging from luxury to discount brands namely, Madewell, Coach, H&M, Fendi, Cartier, and Athleta. The city doesn’t see many malls from the ground being built these days. It would be a test for retail development to make it a successful plan to enhance business in tough conditions.

The real estate owners are searching for a new plan to fill the empty stores. They are looking for new and unique concepts to regain the attraction of the market among people and increase the demand. Some other brands that are closing stores include Gap, Victoria’s Secret, J.C. Penny, Chico’s, and Tesla. 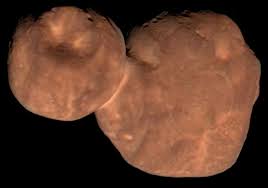