Jamie Foxx, host of BET Awards, has been making the ambient light so far during the award show, which is organized to honor the best in black entertainment, but it was something different during This Is America by Childish Gambino.

Foxx said, by going off-script, “That song is not meant to joke about,” from the Microsoft theatre stage on June 24. The emcee took the night further with mimicry of Donald Glover’s dance moves in the video launched last month and Glover watched it all from the crowd. 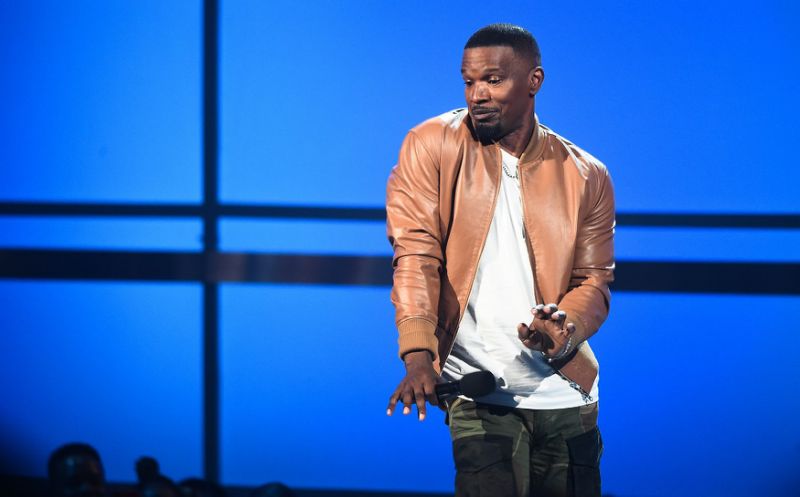 Foxx went on by saying, “This young man, Donald Glover, Childish Gambino, who is a composer, singer, movie star, philanthropist, a badass and a true artist, I just want to acknowledge you.”

He invited Glover on the stage, the two showed their gratitude towards each other, then Glover continued by singing some of the verses from “This is America”, and then continued by stating, “I am really happy to be with everybody in the very room.”

Foxx joked a bit about the impact that Glover has made in the entertainment industry since the last few years, noting the award show attire of Glover. And Glover said, “Pajamas.”

Foxx then cracked: “You just rolled out of bed; this is how one can know that he is really rich, by getting out of bed with pajamas on and come to the BET awards.”

The BET award has a lot of weekend events during the award ceremony such as concerts by Chris Brown and Sza along with the artist and label parties. Leading the list of nominations, names like DJ Khaled with total 6 nominations have the Video of the Year, Kendrick Lamar has 5 nominations and Migos with 5 nominations which have the category like Album of the Year and Best group. You can get on the official site to have a complete list of winners.