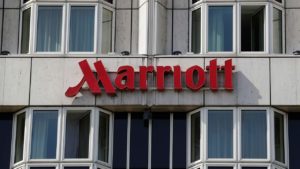 According to a recent report by New York Times the extensive data breach which occurred at database of Marriott Group of hotels was carried out by Chinese hackers that were working for its Ministry of State Security which is the government’s civilian spy agency. The breach revealed data of nearly 500 million customers of the prestigious hotel chain that included health insurers and files of millions of Americans. Though the report was not confirmed by media, Times has cited four unnamed officials from United States that are part of the investigation team and stated that now that proof is available they will issue indictments against these Chinese hackers that were working for military.

The report also stated that Trump administration will declassify intelligence reports that reveal hacking efforts of China since 2014 which could further escalate the growing tensions between both nations that are already threatening each other with trade tariffs and there does not seem to be any resolution in sight. Besides this exposure the United States is also trying to get the CFO of Huawei presently in Canada extradited where she was first arrested at behest of US but was released on bail.

This breach of Starwood’s reservation was one of the largest in US and the firm is firmly focused on finding out how guests can be protected from the exposure. Marriott stated that data of 327 million people that included details like email addresses, passport numbers, dates of birth along with details of their arrival and departure timings at the hotel were stolen. Along with this more than a 100 million customers had their credit card numbers and card expiry dates exposed during this breach. Marriott CEO, Arne Sorenson expressed her regret to the guests stated that they fell short of what their guests deserve and expect and they would do everything to support their guests as they have learnt a tough lesson.