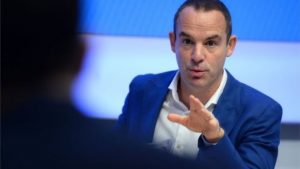 Campaigner Martin Lewis and founder of Money Saving Expert website has decided to drop his legal suit against social media platform Facebook over a series of ads that it ran claiming that he was backing several of the advertised investment schemes. Martin has claimed that these endorsements were fake and it had caused damage to his professional reputation. He decided to drop the case after Facebook assured him that it would start a “scam ads” report button so he could remove those adverts from the social media platform that were besmirching his image.

Facebook will also contribute £ 3 million to Citizen’s Advice as a part of this deal and these funds can be used by the organization to identify, complain and advice people against online scams and support the victims that have been affected by them. This project will be launched in May this year. The advisory body will develop tools to help alert citizens identify fraudulent activity. Facebook will make an investment of £2.5 million over a period of three years in cash and the remaining £ 500,000 in the form of advertising credit as a form of donation to set up the Citizen Advice which will identify scam ads on Facebook’s platform across the world.

Welcoming this move by Facebook Mr. Lewis said that this donation is more than what he would have managed to get if there would have been a court settlement. Since the aim of his campaigning lawsuit was to put an end to scam advertisements and to help people that have become victims this step by Facebook was on a bigger scale than he could have hoped for. This announcement which was made in a press conference by Mr. Lewis and Facebook was live streamed by the platform where he announced that around 1000 fake advertisements had been posted on Facebook bearing his face and name.