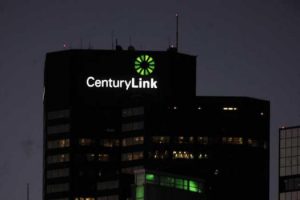 On December 27, 2018 several customers of Century Link throughout United States stayed without internet for a long time. Verizon customers also were affected by this sudden suspension of internet. The suspension had frustrated the users. It began quite early on the mentioned day and a reply from the company came only late at night. The tweet said the engineers have found out the bugging element in the network and services would be normal within next few hours. Suspension of internet was reported by customers from California to New York. Century Link, a company based in Monroe did not reveal the causes behind this issue. They did not even mention anything about the number of affected users.

The suspension was grave enough to temporarily disrupt 911 emergency services. Customers from Missouri, Arizona or Washington complained of busy signals when they had called 911. The Department of Correction and Department of Education in Idaho faced suspension of phone services due to the internet problem in the region. Several ATM machines went out of use during the suspension period in Montana and Idaho. It seemed like a total shutdown of life in many places.

Health sector also faced quite a difficult time on Thursday. Doctors and nurses at North Colorado Medical Center in Colorado were unable to get access to their patients’ records. Instead, they had to rely on pen and paper like old times.

WyoLotto, a lottery company said the lottery numbers that have won prize would be announced only after the suspension gets over. The sudden disruption in the network of Century Link had perhaps put more working fields out of order than the employees of the network company could imagine.

Verizon mentioned to have faced problems because Century Link helps them manage their data traffic in wireless network. They had suspensions in New Mexico, few regions in Montana and Albuquerque.