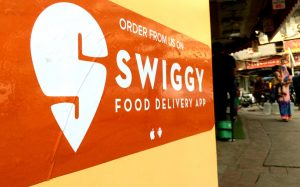 Tencent, Chinese multinational Company, which specializes in investment and internet related services business, has invested $1 billion in order to fund Swiggy, an Indian food delivery app. In the new investment, the largest share came from Naspers which is the biggest shareholder of Tencent. Although the exact amount has not been known, however it surely is approximately 70%.

Naspers has been contributing in the investments of Tencent in Swiggy since the startup started its journey back in 2017. Naspers, based in South Africa, holds 31% shares of Tencent. Began in 1915, Naspers was at its infant stage, a publishing house. Later, it started investing in technologies that mainly the startups dealt with. At present, it has investments in about 120 nations worldwide.

Several other investments by Naspers in India are – MakeMyTrip, OLX, and BYJU. The amount is approximately $540 million. Regarding Naspers’ income – it earned a pretty good $1.6 billion when Walmart took over Flipkart and sold 11% of the stakes to a retailer.

Tencent is therefore quite aware in the growing tech industry of India and therefore proudly and confidently makes the investments. It has its personal stakes in Flipkart, an online shopping app and OLA. However, the investment made in Swiggy is indeed a big one. To some extent, it’s quite unexpected. CEO of Naspers, Bob Van Dijk commented that Naspers has taken the decision wisely. The way Swiggy has developed them, starting from scratch and growing to a level where it has made connections to above 50,000 restaurants in about 50 cities throughout India, the growth is remarkable. In fact, he said Swiggy to be one of the fastest growing companies that he has seen in past ten years or so.

Hence, it is quite easy to understand that Tencent did not take a risk. Rather a confident step towards the crown of success.