The ongoing expansion of the Internet of Things tends to be chalked up to two things: the growing need and improving wireless networks. Regarding the growing need, it’s become clear that as IoT systems become the norm, more businesses, individuals, and even cities are beginning to depend on them. Accordingly, there’s a steady demand for new innovation and new connected devices. As for improving wireless networks, it’s also becoming apparent that the next generation of wireless connectivity will enable even more impressive iterations of the IoT — as we expressed in our article titled ‘Rising Wireless Networking Technologies Projected to Drive the Global IoT Devices Market Growth’ earlier this month.

Beyond these concepts though — growing demand and improving networks — the hardware behind an expanding IoT is also worth remarking on. So in this piece we’re identifying three types of hardware that are poised to play significant roles in the IoT’s ongoing evolution. 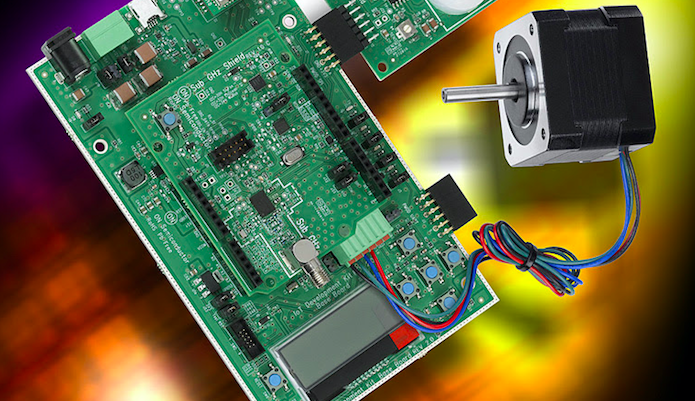 Right now, a lot of our most popular examples of the IoT in action are still relatively limited. For example, we might think of a home security system comprised of some window sensors, a main control hub, a few motion detectors and gas and fire monitors as a home IoT network. This is perfectly valid, but in a broader sense — when we think about more advanced smart home networks, or the IoT in cities or in communities — far more devices, and specifically intelligent sensors, are going to come into play.

Not all hardware is necessarily visible to the average person, and in that regard we would also expect to see significant emphasis being placed on innovative printed circuit boards as the IoT expands. In part because of the aforementioned growth of the sensor market, but also because of the impending emergence of countless other IoT devices, there is an emerging need already for internal circuit boards that can rise to the challenge.

Specifically, it may be flex PCBs that take center stage. Flex PCBs are outlined by Altium as being useful in compact designs. Specifically, that explanation states that “many other common devices are shrinking, and the PCBs that run them are following suit.” Clearly, this matches the emerging needs of the IoT. Tiny sensors that require electronic capability, and various smaller “smart” devices that will be put to use will make heavy, regular use of these newer PCB designs in order to operate the way they need to.

3D printers may not necessarily represent hardware that will be actively attached to the IoT (though there will undoubtedly be plenty of individual instances in which they will be connected). However, they may still represent some of the most significant hardware for the future of the IoT because of their potential to mass produce relevant sensors and devices.

Right now, there is some debate about 3D printing being applied to entire product lines. The Financial Times covered 3D printing in mass production and explored that debate, fairly acknowledging some of the challenges involved. However, the piece also correctly pointed out that companies are already beginning to look into various benefits of 3D printing as it relates to mass production: quick prototyping, responding to user needs, and localizing operations. All of these potential benefits could ultimately lead to this being a go-to means of manufacturing for the new devices that will come to comprise the near-future Internet of Things.

Hopefully this has helped to provide a picture of how the IoT is evolving. Increasing demand and improving wireless networks may well be the primary drivers of that evolution. But hardware solutions like these will be the building blocks.