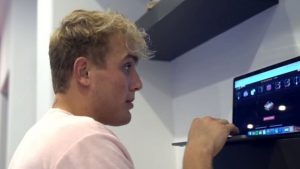 Several well-known YouTubers had to face high criticism for promotion of ‘loot box’ video website. YouTubers like Brian “RiceGum” Le or Jake Paul talk about a company named Mystery Band in their videos. The company provides prize money. The website of the company has mentioned that their work is far from something similar to gambling. UK Gambling Commission has already been informed. They have assured to look into the matter and take necessary action.

In the videos, the Paul and Le are shown to click on a number of boxes in order to win prizes. The amount being spent by them would total to thousands of dollars. The virtual boxes on the website in Poland have a variety of range. One can spend from 2-1000 or more pounds. The categories of items include luxury products like Apple, high priced clothes, games etc. They have won a number of items, such as – iPhone XS, converse trainers etc. The title of the video made by Paul is “I spent $5000 on mystery boxes & you won’t believe what I got…”

Other YouTubers have accused them of being negligent of the fact that they are promoting this event. YouTubers like Paul and Le were also criticized for accepting the greed of sponsorship from the company. Daniel Keem, another YouTuber said that the company had told him to promote in exchange of which he would be given $100,000. He had politely declined the offer. However, Mystery Band has rendered this statement by Keem as a lie.

Le had shared a video after the criticism where he revealed the names of other YouTubers who had earlier promoted the company. Later he apologized for his action and said it was a defensive move because he acknowledges his mistake.

UK Commission for Gambling forbids the websites to promote them and the legal age to use the services is 25 years. Paul and Le both are underage.