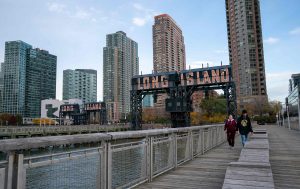 Though residents of New York are dreading the start of Amazon’s new headquarters in the vicinity which will be located at Long Island as it will crowd the city’s bursting subways with another 25000 people, owners of other tech firms in the region are rejoicing. Though experts may regard this is as strange that smaller tech firms are happy about a larger rival on their turn but they along recruiters are feeling blessed about the outcome as it will attract more local talent into the region that otherwise would have remained concentrated in Silicon Valley and elsewhere around locations that have concentration of IT firms.

Recruiters are of the opinion that over a period of time experienced workers from large firms eventually move to smaller organizations or develop ideas for startups that they can operate on their own and thus attract venture capitalists in the area. Interviews with local tech firms, venture capitalists and startup owners in NYC area has revealed that though it could make it tough for small tech firms to compete with talent in case of an economic downturn overall there will be a rise in the region’s tech sector with the entrance of Amazon.

According to Melissa Enbar of Birchbox, talent gets attracted to both small and large ones for different reasons as during early part of their career techies look for exposure and responsibility. Amazon’s entry will help to bring a new crowd of new talent into the market that small firms could not afford to relocate and will help to reinforce the city as a growing tech hub by infusing it with venture capital and talent. But it remains to be seen how money and talent is likely to be distributed in the region within tech firms as the labor market is already tight due to burgeoning economy. Already there are large brands like Facebook and Google which is planning to expand its office located in New Hudson with investment of $1 billion.