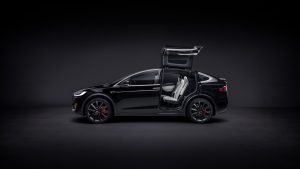 Tesla is planning to continue its trade in the globally significant Chinese market by establishing its local production units, for which it has initially registered a new business leasing company.

According to Reuters’ reports, Tesla has filed in National Enterprise Information Publicity System of China for registering the business under free trade zone in Shanghai, as it similarly did to establish Gigafactory 3.

As per the documentation, the company can be able to function in leasing and consultancy.

Zhu Xiaotong—head of Tesla’s business in China—is chosen as the representative for the company, which has listed resources worth $30 million.

Tesla took this step after it had suffered complications in the past few months in China due to the trade war launched by Trump.

In May 2018, Tesla dropped its vehicle prices in China by around $6000 to $14,000, depending on the model. Tesla lowered its vehicles prices by around 15% in China in response to planned to the reduction of 25% import tariffs.

But Tesla’s predictable planning got flopped when the trade war started to worsen in the month of July. So, the company had to raise the price of model X and S by more than $20,000 in China owing to new trade war additional tariffs.

Trump administration had imposed up to 40% of import tariffs for delivering Tesla’s vehicles from California to China.

In the previous month, Tesla has again dropped the prices of its vehicles in the Chinese market by 12% to 26% by cutting down its earnings. But, Tesla’s price drop announcement timing was appropriate, as China also agreed to reduce tariffs over US imported vehicles and auto parts for a short tenure of first three months of the Year 2019.

Still, Tesla is going through loss as compared to other automakers, so until the company would not establish local manufacturing in China, it has to maintain market demand. The company is planning to begin Model 3 parts production on rental-based Gigafactory3 sites within the Year 2019.