Krishna Janmashtami that is commonly known as Gokulashtami or Janmashtami is an annual festival wherein the birth of Lord Krishna is auspiciously celebrated. The eighth day of Ashtami of the Krishna Paksha in the month of Shraavana is celebrated as the birth of Lord Krishna. As per the Gregorian calendar, it is generally celebrated in the month of August or September. This year Gokulashtami has fallen on August 24, 2019, that is Saturday. 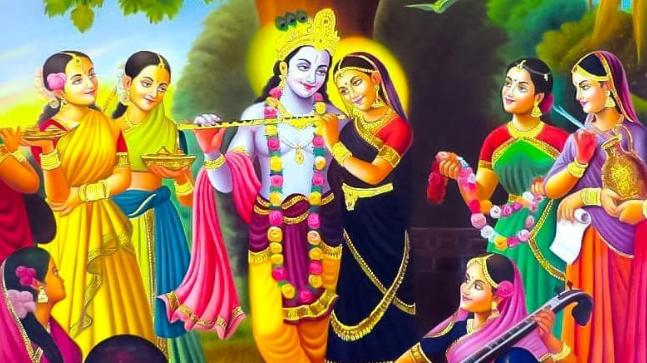 As a token of love, respect, and devotion to Krishna, all the Krishna temples are decorated and there are processions that are carried out by particular temples chanting the name of Lord Krishna. Our Blue God is showered with loads of bhajans and kirtans and at the same time, there are satsangs hosted by many. The religious sites also host a number of dance-drama enactments so as to educate people about the life of Krishna just like it is depicted in the Bhagavata Purana. There are some people who continuously sing devotional songs through the midnight. Fasting followed by a ratri jagaran that is a night vigil is something commonly practiced from our ancestors’ time. The following day is celebrated in the form of a Mahotsava.

Everything is well written in the scriptures in which Krishna is shown to be the eight avatar of Vishnu and is believed to have been given life by Devaki and her spouse, King Vasudeva of the Yadava tribe from Nathdwara when there was a complete chaotic condition on the Earth due to the torture of King Kamsa, his maternal uncle. Krishna kills his uncle Kamsa after years of assassination attempts made by many monarchs. In Mahabharata, he is the central character.

The date details are as follows:

Parana as per Dharma Shastra:

Ashtami Tithi and Rohini Nakshatra are completed right before the sunrise on Parana Day. The devotees decorate Lord Krishna’s idols with new ornaments and clothes. There are many sweet treats and fruits offered along with his favorite makkhan malai. There are some who prepare the chappan bhog to please him. It is majorly celebrated by people in Mathura and Vrindavan along with other devotees residing in West Bengal, Rajasthan, Manipur, Maharashtra, Kerala, Andhra Pradesh, Assam, Odisha, Gujarat, Karnataka, Madhya Pradesh, Maharashtra, and few more. The day does not end there as the festival Nandotsav is celebrated the other day.