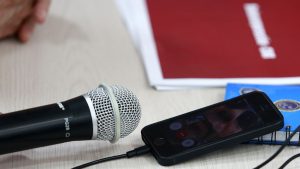 The stock market depends on the earning season to drive it up or down. Investors wait eagerly for the earnings report for further investment and for results of their previous investments.

The earnings reports that will take place this week plays a very significant role in the market.

Many corporate have announced that they may show poor earnings that will fall below expectations. Wall Street can witness many corporate showing slowing in profit growth, this earnings season as was seen in Apple.

Such warning signs are being flashed from corporate and a few analysts expect another market crash.

It was just before Christmas that the S&P 500 closed almost near the bear market. The markets have been very volatile and showing violent swings by 1000 points that shows a wild fluctuating movement that cannot be trusted.

The U.S., China trade war still hangs heavily over global trade. Apple, Delta Air Lines, FedEx, and any more companies are pointing out to the trade tariffs for the slowdown in their company sales. Unless the trade war comes to an end, the industries may face various problems in the global cycle.

David Kostin, the chief equity strategist at Goldman Sachs says that the earnings season will face a litmus test that is crucial for the path taken by the S&P 500.

Michael Wilson, the chief strategist from Morgan Stanley, says that that the S&P 500 has lost almost 10 percent for the year, which may be the outcome of an economic recession or poor earnings growth.

Wilson also clarifies that the sell-off seen in the S&P 500 has already factored in the poor earnings season for this quarter. Investors with cash can go in for fresh investment after the correction that is sure to follow this earnings season.