Recent research by scientists suggests that the effects of a strong psychedelic drug somewhat resemble near-death experiences.DMT, the drug, was given to some volunteers for the sake of the experiment. They answered a questionnaire as did people giving descriptions of their near-death experiences. Scientists found “striking similarities” between their answers.

Researchers of London’s Imperial College concluded that the “complex subjective” or near-death experiences had been the result of physical changes taking place in the brain.DMT can now hopefully lead scientists to have a better understanding of the psychology of a dying person.DMT is the most important psychoactive compound present in ayahuasca which is a drink produced from vines. It’s also used as a part of few tribal ceremonies in Central and South America.

The 13 people who volunteered to take a placebo or DMT and the 67 people narrating their near-death experiences were asked questions like- if they saw or felt surrounded by a sort of brilliant light, and if scenes from their pasts came back to them.

Dr. Robin Carhart-Harris, the overseer of the study, said that the findings are crucial as they prove that near-death experiences happen not because of anything happening beyond the human brain but inside it. The authors further added that DMT might now help in moving forward with research that gives humans a better understanding of dying and its biology.

The neurobiology and psychology of dying might be understood better and this improvement could lead to a healthier acceptance of the most inevitable universal phenomenon. There were, however, some significant differences between the responses given the two groups of people.

While DMT arose feelings of “entering an unearthly realm”, near-death experiences were associated with strong feelings of “coming to points of no return”. Volunteers were under supervision of medical staff all through the process of the study and hence people are advised not to self-prescribe themselves ayahuasca without proper medical guidance. The authors found the initial findings to be interesting and the study was published in Frontiers in Psychology. 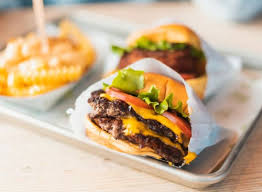