Move over the term ‘survival of the fittest’. In fact, scientists believe that it may be the opposite which is in fact, true. A study carried out by researchers at the Kansas University suggests that consuming more energy on a daily basis increases the probability of the extinction of a species. The research was conducted on nearly 300 million mollusk species that lived in the Atlantic Ocean over a period of almost 5 million years, and the study concluded that species following a high metabolism diet were more likely to get extinct.

The reason for choosing gastropods and bivalves for the study was due to the easy availability of data, and it was through this that they determined that species with lower energy requirements have a higher chance of still being around in the present day. The researchers added that metabolic rate scale and the maximum life span both scale with the temperature and changes in global temperature due to climate change affects organisms on a physiological level. That is why metabolic rate can become an important parameter for predicting future patterns regarding extinction. However, the researchers stated that they had to extend this test to other biological groups so that it could be verified. The researchers also warned that there won’t be any difference to an organism’s lifespan if it decides to make sudden changes to its metabolism, as the metabolic rates used in the research represent the average species’ metabolism.

Meanwhile, conservationists have warned that lemurs are currently the planet’s most threatened mammal group. Out of the 111 known species, at least 105 of them- or 95 percent-are now endangered species. The lemurs are all native to Madagascar, where deforestation, habitat loss, and illegal pet trade, among other factors, have ensured that the species are in constant danger of getting wiped out. The analysis revealed that 38 species should now be listed as “critically endangered”, 44 species for “endangered”, 23 should be classified as “vulnerable to extinction”, and only 2 species should be classified as of “least concern”. The 2-foot tall ‘indri’, and the ‘Madame Berthe’s mouse lemur’, the largest and the smallest species respectively, both should be considered among the most threatened, while the ‘ring-tailed lemur’ should be considered as endangered.

Sleep Can Fight Infection, Says Researchers In A New Discovery 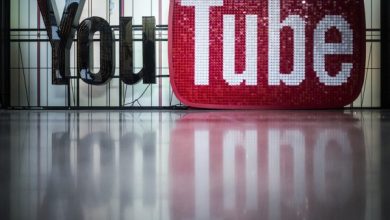