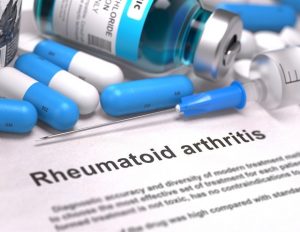 Sarcoidosis is a heavily crippling, inflammatory disease that is known to be incurable and causes damages to multiple organs in the human body. Research has been going on for a really long time to find a cure for sarcoidosis, so it came as a major breakthrough when a patient was treated using an approved drug for rheumatoid arthritis.

A team of doctors from Yale University used a drug called tofacitinib to treat the patient affected with a disfiguring, chronic form of sarcoidosis. The disease sometimes gets treated on its own, but most of the time it affects the lungs, lymph nodes, skin, heart, and other organs. When it becomes totally widespread, the disease can sometimes become fatal. When they used the drug on a 48-year-old female patient if sarcoidosis, they noticed that her skin lesions almost disappeared. The dosage was also limited to only 2 pills per day.

The clue to this different treatment was sought due to prior studies and the success of using tofacitinib in other skin related diseases like eczema, vitiligo, and alopecia. The main mechanism of action of the drug was the inhibition of a pathway called Jak-STAT. This pathway is majorly responsible for the symptoms shown in sarcoidosis and the blockage by a particular class of drug has been instrumental in this groundbreaking result. Since the treatment was mainly directed against skin lesions, biopsies were taken before and during the treatment. The RNA sequencing revealed the relationship of the pathway and sarcoidosis. Researchers are now looking to test the presence of the same pathway in lung fluids as well so that they can start treatment accordingly.

What this result has successfully done is given the medical fraternity hope of finding a cure for diseases like sarcoidosis which has carried the tag of insurability for a really long time. It is a testament to the good and advanced times ahead which is coated with a lot of positivity.