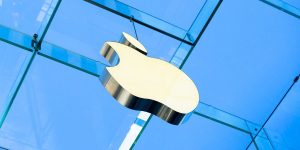 Apple had its excellent single day achievement at stock market recently, by seeing a incredible rise of 7.07 percent, which is the highest during a day since the month of April 2004. Dow Jones has increased over 1000 points, due to rebounding of the entire stocks, especially the FAANG stocks after turbulent bearish days. The electric automaker Tesla has also experienced similar significant profits today, which increased over $300 per share after bearing a loss of 21 percent of their value over some previous weeks. The tech giant Apple is presently having a share price of $157, which is about 10 percent more than of its previous closing value of $146.83 from 24th of December, which was the last most active trading time for the company.

Though, the entire market has been experiencing a tough most end for the year as the profits resulted in Dow Jones increasing to about 22878 points today. This was the biggest rise from the previous points of 21792 which was closed on 24th of the same month. Alphabet has also finished successfully with a price of $1039.46, making profits about $63 than the 24th extreme previous closing of $976.22. As for the tech giant, the stocks hit a $168.49 prior to this month, making its value lesser than that it used to be in the previous year.

A short extract from Fortune has described the present dilemma surrounding the FAANG stocks. The tech investors continued their selloffs for large capital FAANG stocks, along with five other tech giants that sustained decline of 20 percent or more, which was enough to force them into a bearish market territory. The stocks of Alphabet closed $1020 on Monday, by marking a 20percent decrease from its previous record of $1273.84 in the month of July. The stocks of Apple were down by 20.3 percent from its 3rd October high, while online retail giant Amazon lost about 26.3 percent of value during September.