The aerospace industry is among the early adopters of additive manufacturing technology. The ability to create more robust, lighter and more efficient parts using 3d printing is playing a substantial role in uninterrupted growth.

The aerospace industry has been using 3d printing technology for more than a couple of decades, and this domain alone contributes to almost 16% of the 3d printing global revenue. With such massive demand for 3d printing for performing complex tasks, the use cases are endless.

Be it prototyping, ideation, design communication, or final mass production, 3d printing lets engineers and designers push conventional boundaries to innovate better. If we look from a birds-eye view, the aerospace domain is vivid, and several small and big companies cater to the growing demands.

From commercial aerospace manufacturing to catering to the defence sector worldwide, this advancement disrupts by offering much better solutions. On this note, let’s sneak a peek into the robust integration of this technology with the aerospace design and development process: 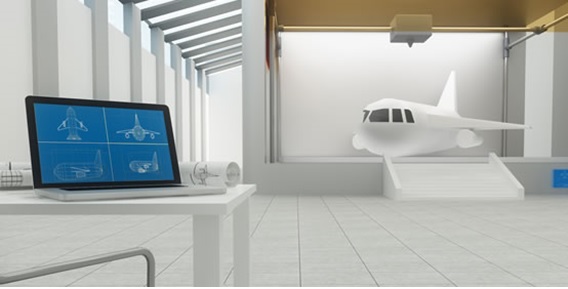 Design communication plays a significant role in this industry as the design concepts are often showcased as printed 3d models. During the initial designing phase, engineers use these 3d models to conceptualize the part’s functionality using the rapid prototyping method. Designers utilize these functional prototypes to perform robust aerodynamic testing.

Using 3d printing in the early design communication stage mitigates the risk of developing a flawed design or a product. As the engineers can test the functional prototype with several real-world use cases, it becomes much more accessible for them to perform design improvisations.

With the support of advanced printing technologies like SLA and material jetting, designers can create high-quality 3d models and replicate the surface finish, texture, and aesthetics of the original part. The most significant advantage engineers have in overall communication is higher design accuracy and precision to showcase their concept with more details and realistic visualization.

Validation is an inevitable stage of the design and development phase, and 3d printing is playing wonders to make this process more efficient. Compared to the traditional design validation and improvisation process, additive manufacturing removes the scope for human errors and inefficient design structures.

Be it preparing a landing gear enclosure using FDM 3d printing or a multi-colour conceptual model using inkjet technology, there is suitable technology available for every prototype. These detailed prototypes make the concept validation quick and error-free as they are easier to operate.

Engineers can perform full-fledged validation testing and performance testing using 3d printed models in a shorter turnaround. Compared to the traditional process, this modern technology is cost-effective as it doesn’t require tooling or additional supporting elements. If design validators encounter any glitch, it becomes easier to resolve it and make the overall geometry more robust and accurate.

A 3d print service can streamline the pre-production work and ensure higher productivity among the teams. Additive manufacturing is disrupting the pre-production domain because of the low-cost operations. Using affordable rapid prototyping services, engineers can create multiple variations of the same part to test the overall efficiency.

Especially in the aerospace industry, this technology allows engineers to quickly manufacture tooling at lower cost and produce low runs of parts. This kind of quick validation eliminates all possible risk before the company invests heavily into expensive tooling and primary production.

3D printing in the aerospace industry is helping engineers to produce parts faster as this domain requires a large number of components every year. On average, this domain requires approximately 70,000 large and minor parts and using only traditional manufacturing processes makes the process slower. As industrial printers are getting bigger in size and capacity, companies can produce more extensive parts in-house in a shorter time frame. 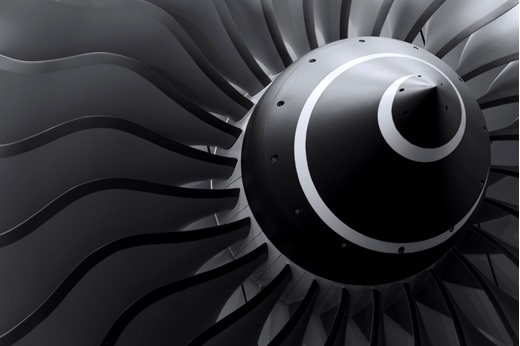 The most significant advantage of in-house and online 3d printing service is the higher flexibility and availability of new and more efficient materials. As engineers can also produce custom filaments, companies have better quality control. Be it creating aerospace interior design parts or high-end metal components for engines — 3d printing streamlines the whole process of faster development.

The customization scope is very limited in traditional processes as the methods are time-consuming and expensive to operate. To overcome this challenge, manufacturers use high-end 3d printers to turn their customization idea into a working prototype. With the availability of various materials, surface finishes, and 3d printing technologies, customization becomes more cost-effective.

Be it testing the new structural efficiency of a component or performing changes in existing parts using 3d scanning; the overall modification becomes time-boxed. As engineers can fix most of the design flaws at the CAD designing phase, testing new custom designs improves drastically.

The benefits of leveraging 3d printing in the aerospace industry are many, and so are the use cases.

Let’s check out some robust use cases of this technology that bring a new paradigm shift in the industry.

Jigs and fixtures production is a mainstream 3d printing application where engineers and manufacturers save a lot of effort and operational capital. Regardless of its size, engineers need to create hundreds of fixtures, gauges, jigs, and many other components for every single aircraft. Compared to traditional processes; additive manufacturing reduces the overall time and cost by almost 60%. In future, we will see more dependency on additive manufacturing compared to the conventional process.

Surrogates are vital placeholders that engineers use throughout the production process. These surrogate parts represent components that the technicians will install later. Also, these parts are used in giving comprehensive training for better visualization of original mechanical parts. It helps individuals to handle and install the original components with more accuracy. Using 3d printers, companies produce 3d-printed surrogates to cut cost and required time.

As the demand for additive manufacturing is growing, 3d printing companies also offer several cabin accessories made using FDM or SLA printing technologies. Some key examples are the console control parts, 3d printed knobs, and additional support items. 3d-printed accessories are usually of high quality, and the best part is they are easy to print if anything is broken.

Visual prototypes have multiple use cases in the aerospace industry. Be it a functional prototype for design engineers or an appealing aircraft model for marketing and showcasing purposes — 3d printers can create anything with perfection. The prototypes are also very useful for performing aerodynamic testing and analysis.

Future of 3d printing in aerospace

In future, we will see more complex operations of 3d printing technology in the aerospace industry. Many companies are closely working with this industry and offering professional 3d printing in Perth, Melbourne’s, and many other cities to match the high demand. This modern printing technology will soon replace many conventional processes and equipment that are expensive and time-consuming to operate.