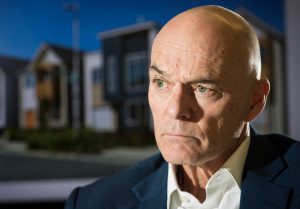 Former banking executives of Barclay Bank are now facing criminal trial in UK after charges were filed against them by Serious Fraud Office.  The bank officials were responsible for securing funds from investors in Middle East and avoiding bailout by UK government in 2008 due to financial crisis. The defendants John Varley, Roger Jenkins, Thomas Kalaris and Richrd Boath are all senior executives that have all pleaded not guilty for their role in financial crisis of 2007-08 and were granted bail. Their trial is likely to take four to six months to close though a few junior bankers have already been tried and jailed for their roles in the crisis.

This is the first time in history that senior officials of powerful banks are being tried for financial crimes as till date though people involved in these types of complex white collar crimes have been tried before in Ireland and Iceland none have been tried in UK or US. It is the only time in Britain that senior bank executives at posts of CEO and group heads are being tried for a decade old financial crisis. The Serious Fraud Office or SFO has had both hits and misses in the past with Tesco Case which it lost and the £ 671 million Rolls Royce case that it won.

During the economic crisis Barclays managed to secure around 12 billion pounds as emergency funds from Middle East financiers causing the SFO to declare that the bank’s executives used illegal side deals as incentives to induce the investors to participate in its rescue plan. Barclays executives are likely to face trial in Italy too as it has been accused of taking € 250,000 from a local businessman to later lend around € 10 million to his firms though they were not credit worthy. Barclays’ executives that likely to go on trial in Milan are Maria Celeste Mariotti, Stefano Filippi and Rupack Chandra.